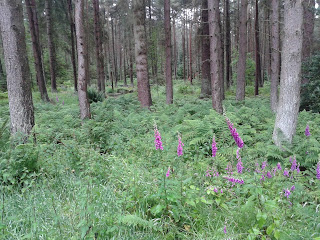 This week I wanted to start getting active again, lungs permitting. After my first run back last Sunday, where I did three miles easy with a friend, this was my week:

Mon: nothing
Tues: run 4 miles, a bit with the club, though I peeled off after a few miles
Weds: run 3.5 miles easy with some hills
Thurs:swim 1100 meters
Fri: bike 45 mins on turbo, while watching Tour de France highlights
Sat: run 4 miles on trails
Sun: run 4.5 miles, with some hills

At the back of my mind looms the Ben Nevis Race. I need to get my hill legs back over the next month.

Today, on my 4.5 mile run, I headed through the woods of our local country park. The trails were wet after yet another night of rain. It being mid-July, the trail was nearly overgrown with brush. However, the foxgloves were also out.

After the woods, I did the short climb up our local hill. There were sheep, but they weren't too disturbed by my presence. 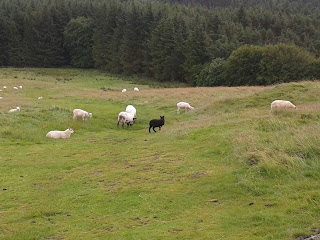 I made it to the summit, but was more winded than usual. So, even though I am on the mend, my lung capacity is diminished.


Posted by Middle-aged runner at 03:11 No comments:

At the GP's office again, my oxygen level hovered at 93%. So, it was still low.

I was improving, though, and my breathing was no longer laboured.

The GP wanted to check things out though, and I was sent for an x-ray at the hospital.

After the x-ray, I had an hour before I needed to pick up my children from their day-camp, so I thought I'd stop at the outdoors shop in the mall. On my way in I bumped into a friend who was also not running, in his case because of an ankle injury. We lamented our failing bodies.

In the days that followed, I have been improving. There has been some fatigue, and I don't feel I have my full breath back yet. On day 7 I went for an easy three mile run and was ok, so hopefully I can start to come back to fitness slowly.

July is passing, and we celebrated my son's 10th birthday with a cake.
Posted by Middle-aged runner at 23:46 No comments: 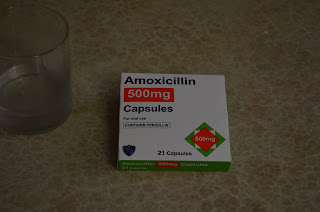 This is a miracle drug.

I feel so much better today. Not normal, but better.

The day itself was uneventful, and I was able to do a little work on the computer. In the late afternoon, I picked up the children from their day camp, and cooked dinner. They are 11 and 10 now, and it feels good to see them eat enthusiastically after a full day of activities.
Posted by Middle-aged runner at 12:03 No comments: 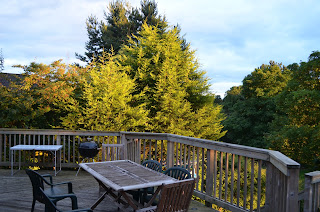 At the doctor's office this morning, for my second visit, I leafed through the magazines in the waiting room. A 2014 issue of Cyclist was there, and it was packed with advertisements for impressive, £2,000 + ($3,000 +) bikes.

I wondered what it would be like to have such a bike. Just once. Unfortunately, I don't do enough riding to justify such an outlay. But recently, the equation between doing things and waiting to do them someday has started to shift. Someday is kind of now.

And maybe, I thought, once I'm well, I could try triathlon again. I could shoot for a half ironman someplace nice, like Lake Tahoe.

These idle thoughts were interrupted when the GP called my name.

The GP listened again to my chest while I took deep breaths.

My oxygen levels, measured again with the pulse oximeter, were discouraging. They hovered around 90 or 91%, and occasionally dropped to 89%.

My breathing seemed less wheezy than yesterday, but otherwise things were much the same.

The GP again floated the idea of going to the hospital to get oxygen and potentially intravenous antibiotics. He thought the oxygen my help start to break up the junk in my lungs.

I said that I didn't feel that terrible if I was just sitting down, and that resting at home was fine. Inwardly, I didn't fancy the thought of intravenous anything. I'd only had my antibiotics and steroids for one day, so the GP thought it would be good to give them another few days to kick in. I was to return in two days.

I read and rested in the afternoon, and picked up my children from their day camp. In the evening, the sun peaked out at around 9:20 p.m. (the days are still quite long here), and cast a glow on the trees by our deck.


Posted by Middle-aged runner at 02:41 No comments: 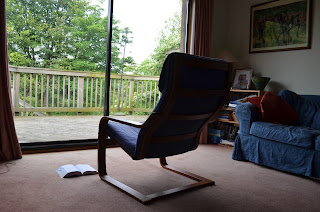 It started with a crappy parkrun (a regular 5k race every Saturday morning) just over a week ago. I felt fit after a good couple of weeks of training, but I ran a personal worst of 21:38. Effort-wise, I felt like I ran hard, but I also felt like I had a cold. The next day, I wanted to do 10 miles on the trail, but was feeling beat, and didn't want to worsen my cold, so cut it to 7.5 miles.

On that Tuesday, I went for a run with my local running club, and struggled a bit to keep up.

Over the next few days, my cough worsened. I was at work, and getting things done, but felt grotty.

I went out for an easy four mile run on Friday after work, and experienced some tightness in my chest.

On Saturday, I woke with a headache after a broken nights sleep. I'd been up several times in the night coughing, and had moved to our spare bedroom, so that I would not disturb my wife.

Saturday night's sleep was also broken, and I was starting to wheeze.

Sunday night felt a little better, but in the morning I was somewhat breathless. My wife insisted that I see the doctor, and made an appointment for me.

I parked my car in the lot behind the health centre, and as I was a bit early, went across the street to donate some books to the nearby charity shop. This is probably a distance of 200 meters all in, but I had to sit down on a bench to catch my breath. In the shop the guy at the cashier couldn't quite understand my question ("Do you take donations?") because of my wheezing.

It was a sunny day, and outside the health centre a fairly overweight guy with tatoos sat on the bench with his shirt off.

It was warm in the waiting room, and I ran into the mother of one of my daughter's friend. She too had experienced a chest infection a few months ago.

The GP (general practitioner) asked me about my symptoms, and listened to my chest with his stethoscope.

He measured my blood oxygenation with a pulse oximeter that clips over ones finger.

My reading was around 91%, and dipped below this at times.

The GP seemed concerned. He indicated that I had a deep chest infection that was likely bacterial. In short, I had pneumonia.

Apparently, my oxygenation levels were on the border of requiring oxygen at the hospital. He prescribed antibiotics to fight the infection and a steroid to reduce the inflammation in my lungs. I was to come and see him the next day.

I went next door to the pharmacy to fill the prescriptions. The older woman behind the counter looked at my prescription and said "We'll take care of you love, you just sit down". Did I look that bad?

The mother I'd seen in the waiting room was also in the pharmacy, and asked if I needed a ride home. I thanked her, and indicated that my car was out back.

At home, I sat on a chair facing our back garden. I opened one of the sliding doors a bit, then sat and breathed the cool breeze.

Posted by Middle-aged runner at 03:05 No comments: