Micro-adventure on a work night; some sad reflections 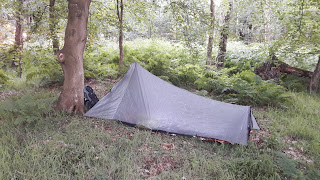 I'm currently attempting to camp once a month for a year.

June was my 10th month. However, it had been chock full of responsibilities, with my wife being a away for 11 days. Also, I was to travel for work during the last week of the month.

So, I needed a camp, and I needed to do it on a weekday. That meant going after work.

I decided to stay close. Indeed, I wanted to walk from my house.

So after dinner, I packed up my sleeping bag, sleeping mat, tent, stove, fuel, pot, mug, and a Starbucks Via instant coffee. I'd also bought two tins of craft beer for the evening, and some almond croissants for breakfast.

And then I was off.

I walked up my street, across the main street, and headed into the woods along a riverside path. Some teenagers passed me going the other way, as did the occasional dog walker. The path led up to an aqueduct, and I crossed over the river there. 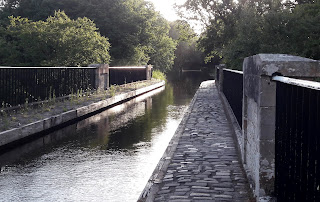 It had been one of the best summers in the U.K. for several years, and I've found myself slipping into a pleasant sort of drowsiness, a state I've occasionally experienced on hot afternoons. 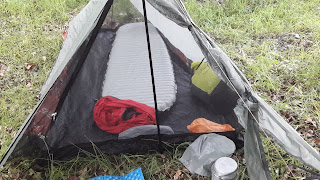 After a bit of looking around, I found a good spot to pitch my tent near a tree. I inflated my Therma-rest, and unloaded my pack. Up along the trail a short bit I found a bench to sit on and enjoy my tins of beer, while watching the evening progress. 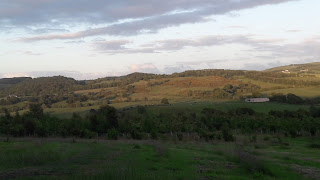 I thought I had the place to myself, but one dog walker emerged from the trail. The dog came over and gave me a lick, I said "hi", and they moved on. I wondered if the dog walker had noticed my tent, but it was possible she came up a different trail to this point.

Returning to the tent, I read for a bit, and then turned in. It was a good night for sleeping, with a breeze keeping things cool and comfortable.

In the morning I lit the stove, and had a cup of coffee while packing up. 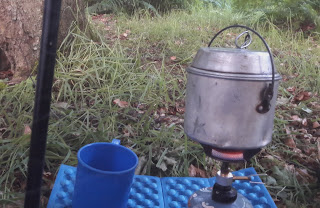 Then, I walked the few miles back to my house, showered, and went to work.

I began this blog post at a happier time. In the interim, my father passed away. He was unwell, but things progressed much more rapidly than any of my family anticipated.

I'm still digesting this. But I like to think he would have enjoyed hearing about my camping out. My father was increasingly housebound over the last few years, but he enjoyed the outdoors, even if it wasn't really accessible to him.

I remember him visiting when we car-camped nearby in the summer a few years ago. I think he enjoyed sitting by the fire for a bit, and being near the woods. My sister shared a similar view on a backpacking trip we took together - "Dad would have liked this".

I'm back home now, far from my home of origin. The mornings are getting cooler as the summer starts to fade.


Posted by Middle-aged runner at 00:33 No comments: